According to the Centers for Disease Control and Prevention, approximately 4.7 million people are bitten by dogs every year with about 800,000 dog bites requiring medical care. About 31 fatal dog bite cases take place per year. A 2009 CDC report approximately 71% of all dog bites occur to the arms, legs, feet and hands, but 65% of dog bites to children involve injuries to the head and neck. This report also revealed that 70% of fatal bite victims were children under the age of ten.
A 2007 CDC report revealed that cat bites can be serious enough to send almost 66,000 people to hospital emergency rooms each year. Cat bite and scratch wounds are more likely to become infected that can lead to complications and prolonged treatment. The CDC report from 2009 stated that there were 81 cases of rabies cases from dogs and 300 rabies cases in cats. This is because fewer cats are inoculated against rabies than dogs according PetProNews.com. Feral cats are major sources for rabies.
Bite prevention begins with adults and children receiving accurate information about animal behavior. Animals have two methods of defending themselves when they feel threatened often called the “flight/fight” response. Animals will try to escape from a threat such as a human invading its space, but if cornered or unable to escape the animal may try to defend itself by biting, therefore frightened dogs and cats will bite. Humans unknowingly invade an animal’s space by hugging or putting their faces close to pets, sticking fingers into cages or crates, petting the top of dogs’ heads (some dogs are “hand shy”), petting dogs through a fence, approaching chained dogs, removing a pet’s food or favorite toy, disturbing a sleeping pet which triggers a startled bite response and owners forcing a shy animal to be petted.
Humans tend to be more focused on vocal warnings like barking, growling or hissing and fail to observe the animal’s body language warnings prior to an attack. In other words, we need to “listen with our eyes” according to Dr. Jacqueline C. Nelson, author of the opening chapter of Decoding Your Dog. She advises that from learning canine body language we may understand a dog’s emotional state that may predict resulting behaviors. Because dogs use body postures, facial expressions and vocalizations, Nelson recommends that we examine each body part and then look the entire dog and the situation to determine what message the dog is trying to communicate. Canine body language warning signals include:
• Eyes with a fixed stare means challenge, threat or confidence.
• Enlarged pupils, with the whites of the eyes showing or if the eyes are darting back and forth that indicates: fear.
Casual gaze: Calm
• The mouth with the lips curled showing teeth; Aggressive
• An upwardly held still or rapidly wagging tail shows arousal. Fearful dogs’ tails are held down and may be tucked against the belly. A fearful dog may also roll over on its back and urinate.
• If the dog’s body carriage is tense or stiff and the dog’s hackles (hairs growing on the dog’s neck and spine) might be raised
Cats provide body language warning signals that are easily overlooked. A common scenario is when an affectionate cat bites or scratches when being petted. According to Arden Moore, author of The Cat Behavior Answer Book, cats will bite because they’ve become overstimulated and are trying to say, “Stop! I’ve had enough petting!” Moore shares that some cats will bite because owners allowed them as kittens to “hand wrestle” with them, so as adult cats they may continue to bite and swat at hands. Cats will also bite if they don’t feel well. Moore advises to watch for these pre-strike body language warnings: tail twitching/lashing, ear flicking, dilated pupils, tensed muscles and when purring stops.
To prevent biting incidents parents, children and pet owners are advised to utilize the following strategies:
• Adults must always provide supervision whenever kids and pets are together.
• Never approach stray animals.
• Never stare into a dog’s eyes.
• Do not allow children to pick up, hug, chase or disturb pets when they are eating, sleeping, or caring for their young.
• Never run up to or approach animals in slow motion because animals interpret these actions as threats.
• Children need to be aware of where their feet and hands are to avoid stepping on or hitting pets.
• A pet should never be approached and touched from the rear because it can trigger a bite response particularly from sleeping, deaf or elderly animals.
• Never engage in rough games with pets like tug-of-war or hand wrestling which encourage biting.
• Adults and children should never run and scream if a dog chases them because this could trigger a dog’s predatory behavior of pursuing and biting its perceived prey. Instead humans should freeze, “stand like a tree” and remain silent.
• If a description of the dog can be obtained it should be reported to authorities because the dog might be a menace to the neighborhood.
• Teach children how to safely meet a well-behaved leashed dog by asking the owner’s permission first, walking sideways toward the dog, speaking in a quiet voice, touching only the side of the dog’s face and neck briefly and say “Thank you!” For letting me pet your dog! 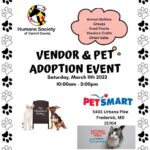 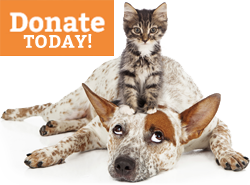